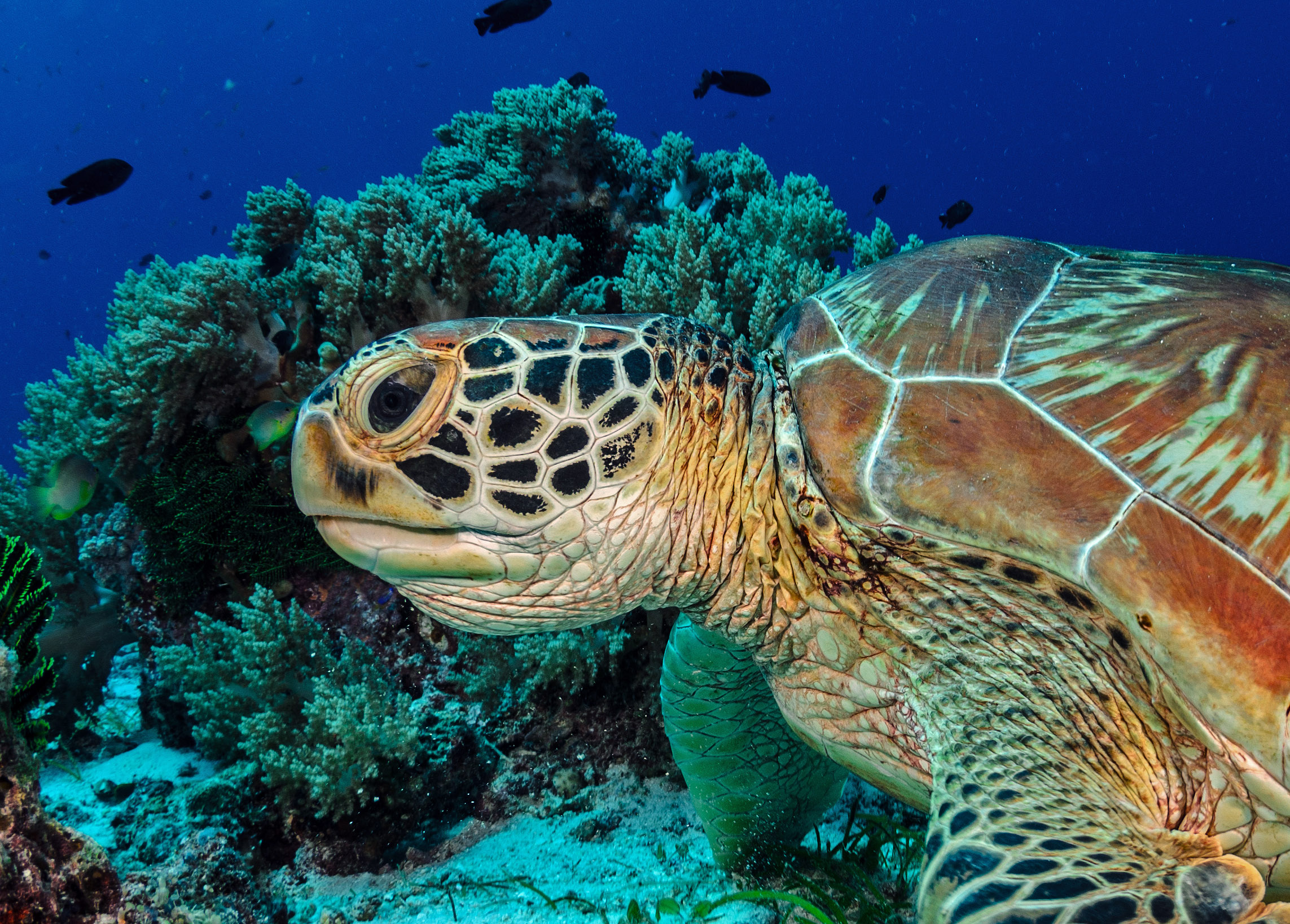 Only 30 minutes away from our dive center, you will find one of the most important dive sites in the Philippines, the small Balicasag island. 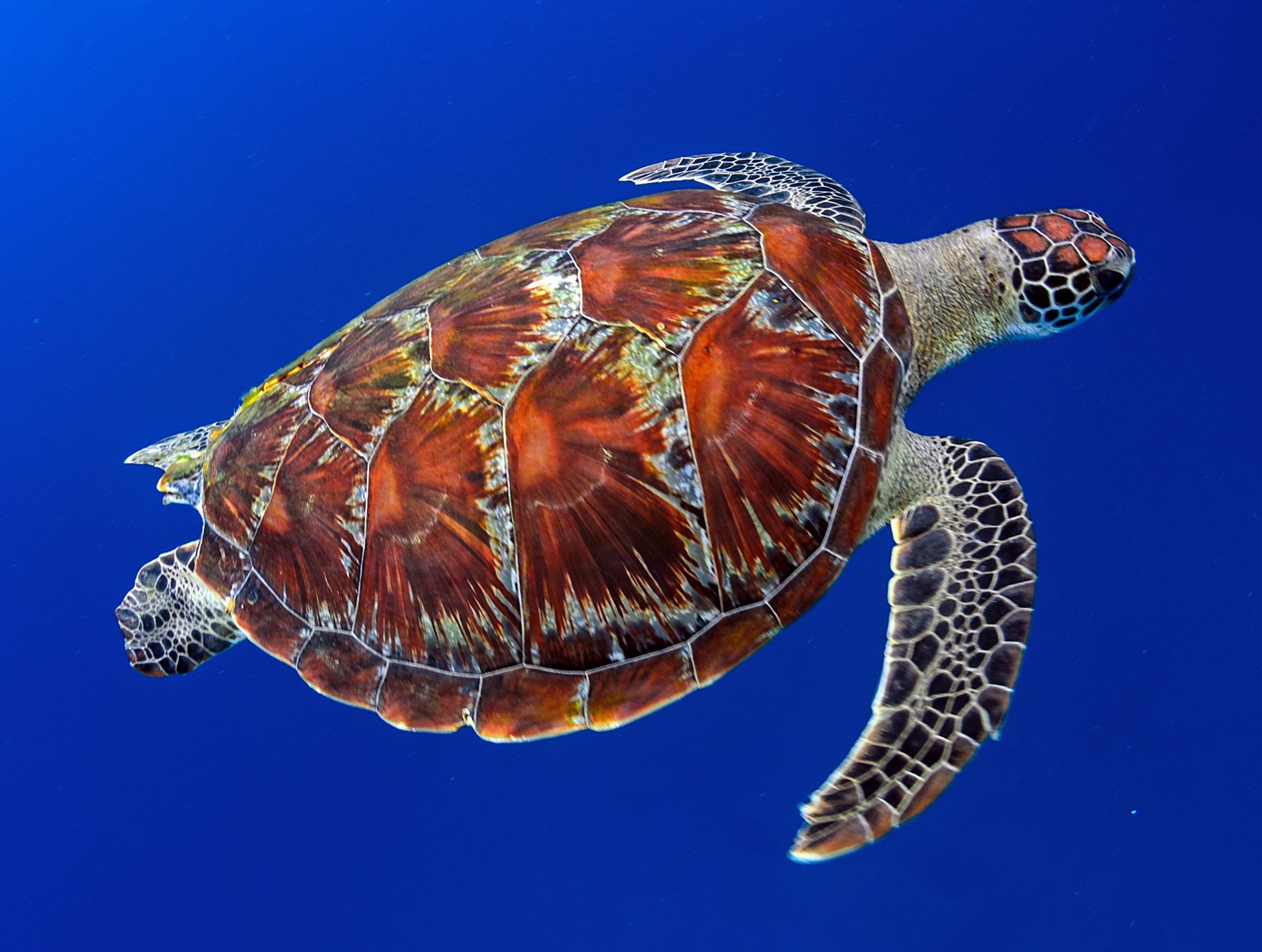 Balicasag is surrounded by a barrier reef and has been declared a Marine Sanctuary. Some of the reasons that make it a Marine Sanctuary are the clarity of its waters, the variety of corals, sponges and fish, among which we can find schools of Macarel, Barracudas and incredible schools of Jackfish. But undoubtedly one of the species that attracts not only divers but also those who enjoy with a mask, fins and snorkel, are our beloved sea turtles, and we are going to dedicate this post to them.

Did you know that there are 7 different types of sea turtles in the world? And in Balicasag, this small point of land in front of Panglao, we can find 2 species of the 7 that exist. These are the Green Turtle and the Hawksbill Turtle.

Although it is not known exactly, depending on the species, it is estimated that sea turtles live between 70 and 100 years approximately. But one of the most striking characteristics about them is that the female, when she comes out to lay her eggs, can travel thousands of kilometers to lay them on the same beach where she was born. It is thought that they are guided by the magnetism of the earth, although this is not clearly known. Unlike the female, the male will never return to land.

The female will never see her offspring again, since once she lays her eggs, she returns to the sea and from that moment on the hatchlings will have to survive on their own, which is why it is estimated that only one out of every thousand becomes an adult. 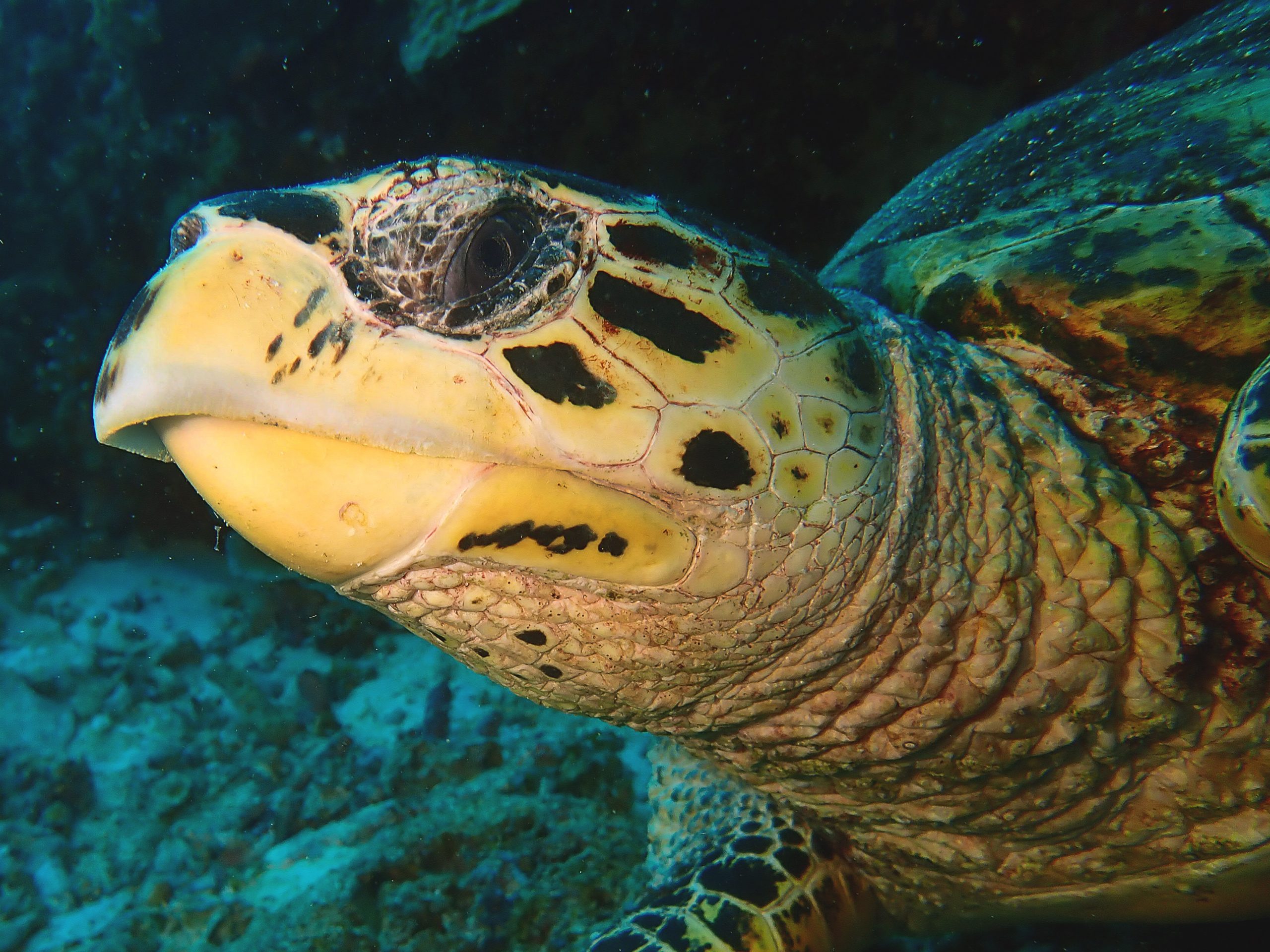 Sea turtles, despite living all their lives in the sea, need to go out to breathe, but they have the ability to spend a long time underwater. While they are moving, they can spend an average of 5 minutes without coming out to breathe, which will vary depending on the species and size of the turtle. But it is known that while sleeping they can go up to 5 hours, even 7 hours without breathing.

Now, how can we differentiate the two types of turtles that visit Balicasag?

– It has a flat mouth, it does not have a hooked beak like the Hawksbill Turtle.

– The carapace has color patterns that change with time.

– While young they are omnivorous, but as adults they are almost exclusively hervivorous.

– On the front of their flippers they have a single claw.

– Mouth in the form of a pointed beak that helps it in its feeding.

– The carapace is colored in a combination of yellow and brown, and the pattern is overlapping.

– Feeds almost 90% on marine sponges, but can also eat algae, jellyfish, fish and other invertebrates.

– In the front part of its fins it has 2 claws. 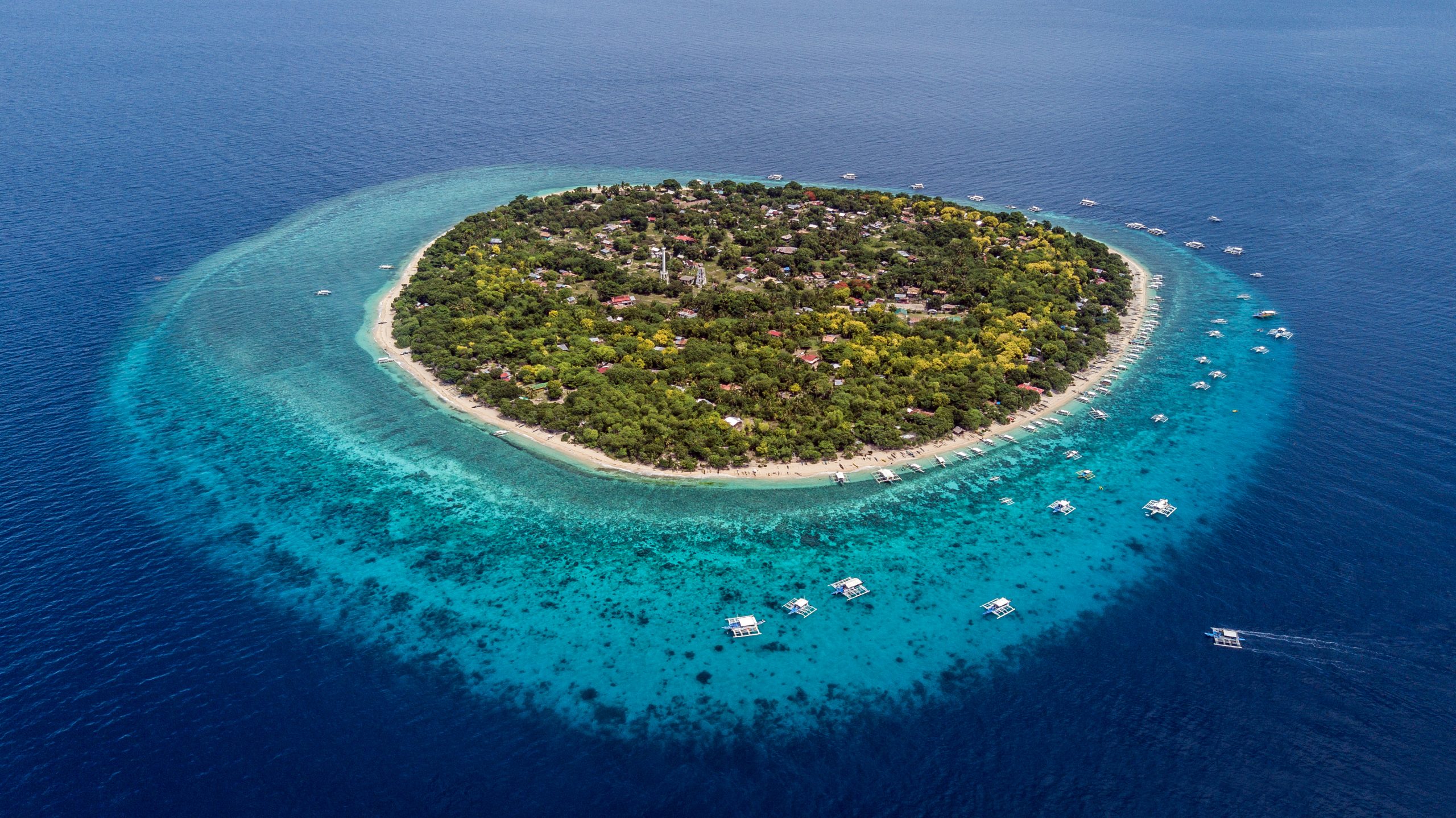 If you wanted to see these beautiful animals up close and find out their differences, don’t miss Balicasag when you visit Bohol